On April 12, 1972, the director participated in the RAI program of Anna Zanoli entitled “I and...”, a series that grouped interviews with various personalities who were asked to talk about their favorite work of art or genius. Luciano Emmer directed the interview with Federico Fellini, who instead of considering the work of an artist, or an author, chose to talk about EUR, a neighborhood south of Rome.

I remember having seen this interview on television: the small screen, the deep box, the sound with no amplification and the black and white images not entirely clear.

Every time I go to EUR that interview, those lucid reflections, re-emerge to my mind.

The EUR, says Fellini, is a work of art created in itself, it expresses an artistic atmosphere that has a sense of metaphysics in itself. Obviously, our thoughts go to De Chirico and to the lightness that these thoughts send us back. In this Rome's neighborhood, we feel as been inside a painting. This generates an atmosphere of freedom because in a painting there are no laws except the aesthetic ones, there are no relationships except those with loneliness. EUR is a friendly area for images story tellers. So, this neighborhood, Fellini continues, gives us a sort of suspension with its flat horizons and empty houses. Buildings created for ghosts, for statues. The EUR looks like a sound stage, a neighborhood that exists and does not exist. Even the persons who live there are different people with an aseptic, new, even unknown psychology. The EUR, Fellini concludes, is a decadent neighborhood because in reality it should have to welcome the “Esposizione Universale Roma”, to be held in 1942. In Mussolini's mind EUR was the project for the New Order, a monumental site to celebrate the triumphant victory with Hitler. So, the EUR has also the charm of a kind of crazy dream interrupted suddenly and turned into another thing.

Almost 50 years after that interview, the EUR has preserved its decadent forms. In some parts, it looks like an abandoned, empty, lifeless area. I photograph its architectures and I recompose them, trying to get into the picture that Fellini describes and into the loneliness of the persons who live there.

For some years already, my work has been articulating following certain reconstructions. I want to be able to return those places, where time has settled, the charm they deserve by operating collage technique, or by superimposing textures, lights, and architectural geometries. Rather than replacing reality, my interventions become forms of perception that adhere intensely to what I see, to the real itself. In these photographs, my exploration of geometries and atmospheres replaces the immediacy of the shooting. The shooting is only the primary necessity: the aim is the image processing. The void of places, therefore, is used to articulate my most hidden desire to live that space now transformed into an inner space, intimate and also dreamlike. 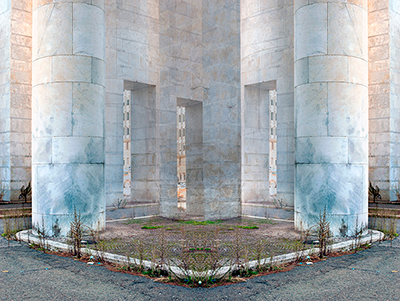 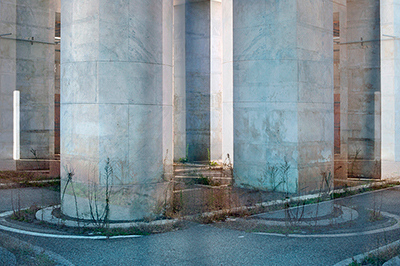 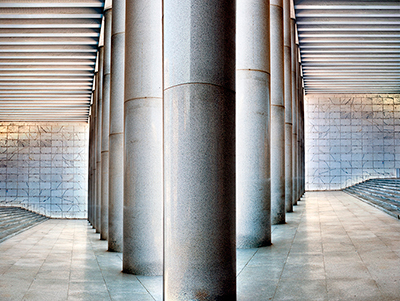 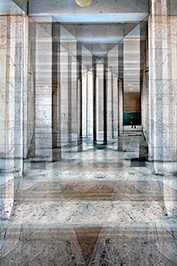 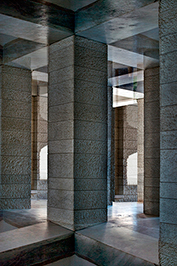 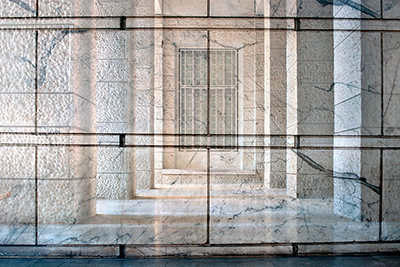 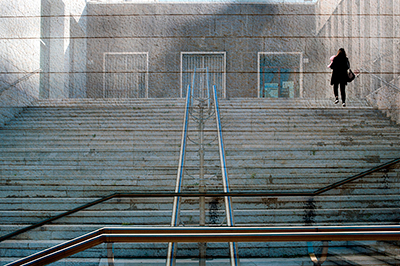 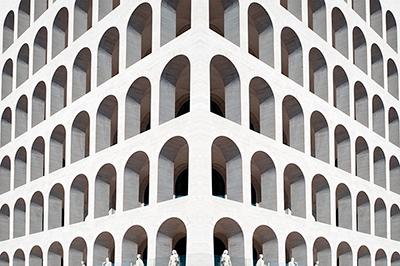 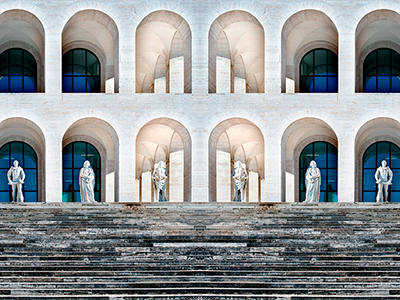 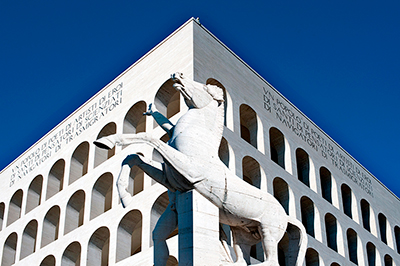 You have some very strong work in your submission.

I very much enjoyed your photographs which are both, in a sense, quite literal descriptions of the architecture & aesthetics present in the EUR, but also there's a manipulated and collage-like element to your pictures which grounds the buildings somewhat in an alternate reality. In general, traditional fascist architecture is demarcated by classical influences and an overriding degree of symmetry and order. I find it highly interesting that your manipulated images, while divorcing the pictures from visual reality, very much preserve the sense of symmetry, order and power. Your exterior views in pictures 7, 8 and 9 are extremely powerful and evocative descriptions of the Palazzo Della Civiltà Italiana, as best I can tell. Many of the interior views mirror the same impulse which seems to be simultaneously descriptive and yet slightly disorienting in terms of the viewer's attempt to assign a traditional reading of spatial depth. The manipulations are a quite fitting lens through which to view these structures heavily associated with Italian fascism. Three of your pictures include quite small-scale figures. I think it's important to share or exhibit these pictures as large as possible so that the visual impact of the figures do not become lost or lessened. For example, initially, I did not see the small figure in image 4, so I think scale is going to be of great importance. I also applaud that you are quite literally thinking about, assessing and photographing these pictures through the lens of Fellini. Your very thorough project statement places a personal and cultural context to the memory of these structures and how they speak of culture, history and politics. I suggest you write slightly more and articulate what you feel is the importance of juxtaposing supposing Fellini's words of almost 50 years ago with the famous structures of the EUR. Your memory of hearing the interview with Fellini clearly is important to you - why do you feel it should be important to viewers? In other words, what do you hope viewers might glean from your work? I have enjoyed viewing your photographs and I hope to see more in the future. Thank you for submitting your work to LensCulture.

Thank you for submitting your work to LensCulture. 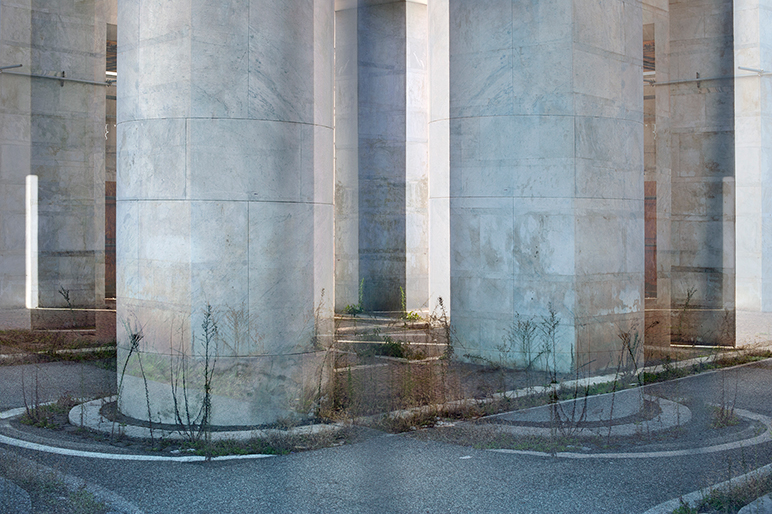 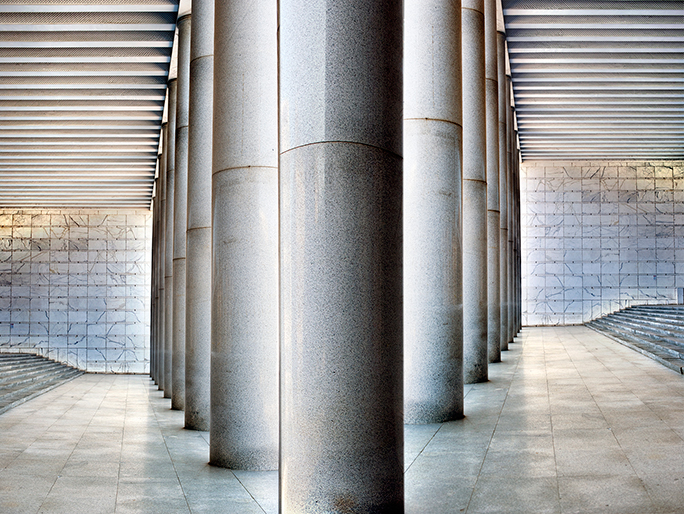 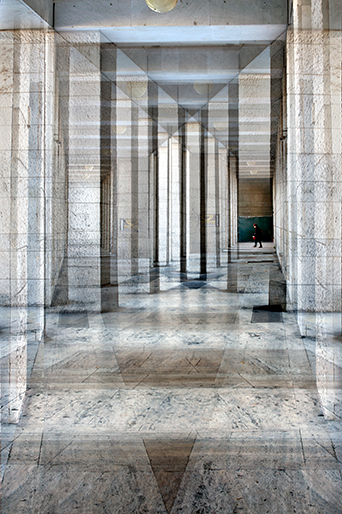 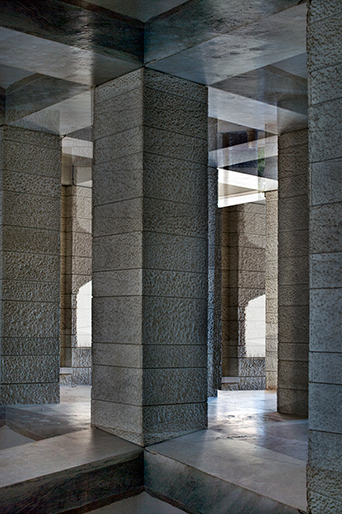 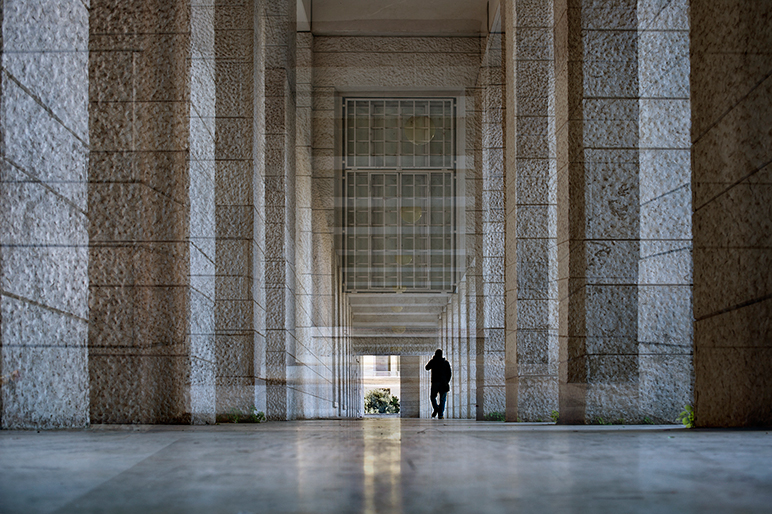 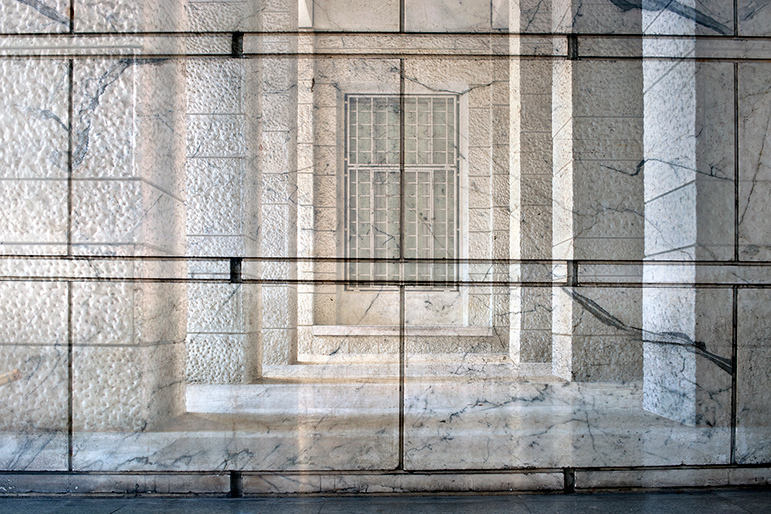 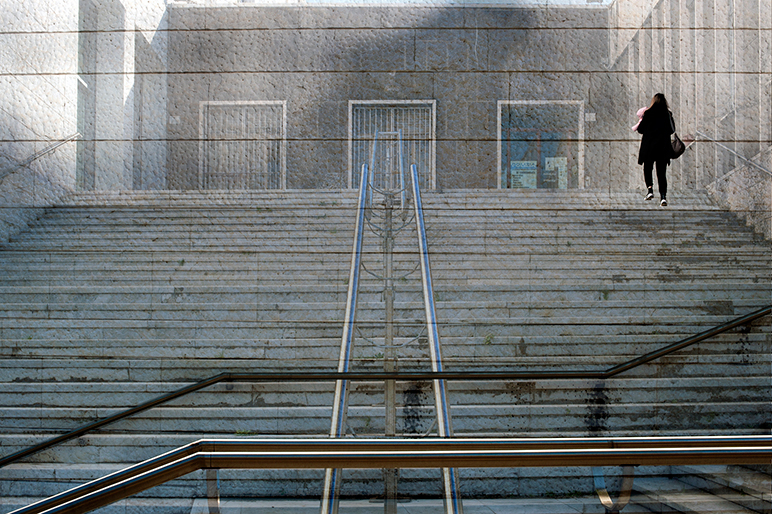 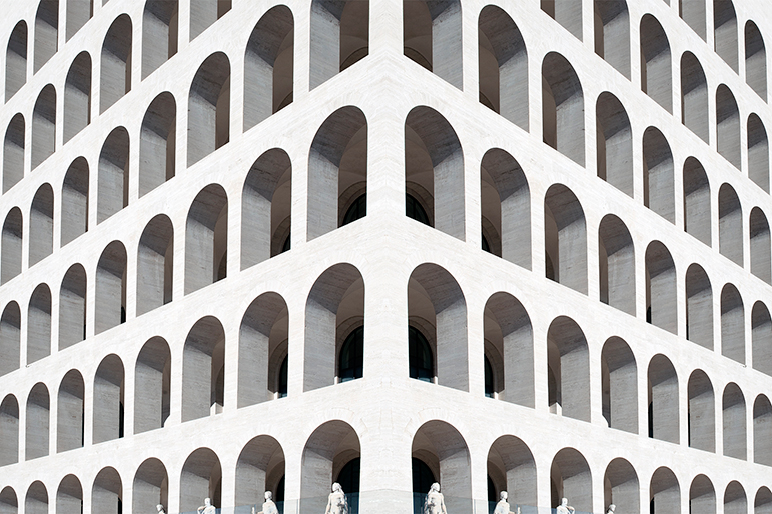 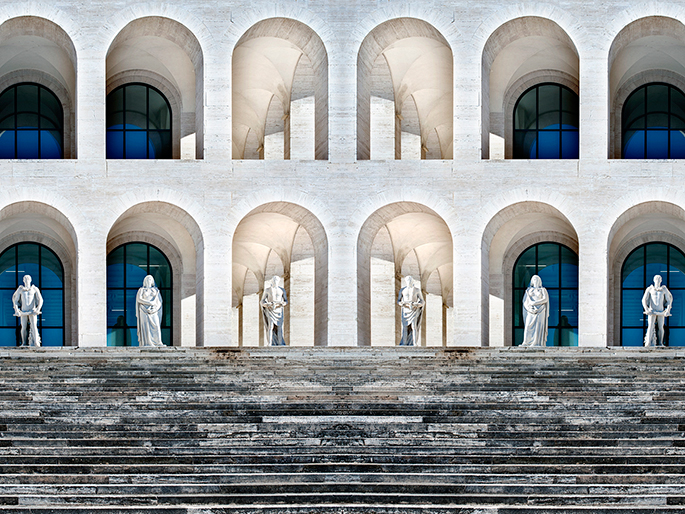